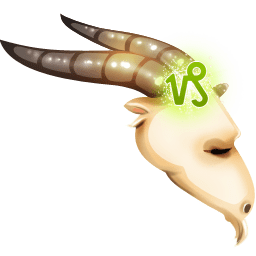 What is Capricorn and what are things you need to know.

Those born between December 22nd and January 19th will find themselves born under the sign of Capricorn, the goat. They are outwardly some of the more serious groups of people of the 12 signs, and tend to exhibit “rock-like” traits, letting everyone around them know their feet are firmly planted on the ground. Rarely outwardly displaying emotions, these persistent individuals find themselves working as managers or overseers of nearly any type of profession they find themselves in. They make sure a project they are assigned to gets completed within the given deadline, and will frequently check up on all sides of the team working to meet those goals. Some may find their persistence annoying, but the Capricorn is the typically a crucial pillar in any organization which helps keep the entity alive.

As extremely resourceful beings, the Capricorn tend to set strenuously high standards for themselves and attempt to bring others to their level by setting this example. Capricorn born management staff tend to be extremely critical of themselves, and thus, of others as well. Many people in the workplace resent Capricorns and avoid their company outside of the workplace because of this as few other Zodiac signs other than the Capricorn truly appreciate the criticisms and determination that they place upon themselves and of others. Their criticism and high standards can cause them to challenge authority if they are on a similar level with the person commanding them. The more the Capricorn is promoted, the more likely they are to attempt to take matters in their own hands instead of listening to their former superiors.

While they show immense promise in the workforce and are quickly hired and climb the corporate ladder at greater speeds than most, they can find themselves social outcasts with few friends to go home to at the end of the night. They have unintentionally coined the term ‘capricious’, meaning unexpected mood changes in sudden situations. One moment they may be social and entertaining, the next they will prefer to be reserved and alone.

Some say the Capricorn are almost cursed when it comes to romantic relationships. They find themselves over worrying to the point that they make themselves (and in the process, others) unhappy with their excessive compulsion to ensure the situation is agreeable to others. They prefer to handle everything on their own without anyone else interfering. They even like to deal with other people’s problems for them rather than letting them figure things out for them self. They tend to have few relationships, both personal and romantic, throughout their lives, but the ones they do tend to last. The friends and lovers the Capricorn does make typically consist of extremely strong and loyal bonds which holds their group together like glue in any situation. On the other hand, if insulted, they can become extremely bitter and vengeful lifetime enemies. Should the Capricorn find a partner to marry, they are known to remain married for life.

The zodiac sign Capricorn is known for it’s influence on the bones, knees, and skin. As such, those born under this sign may have a tendency for bone breaks, strains, and other bone related issues. Skin issues can lead to rashes, boils, and, in some countries, leprosy. While a Capricorn may seem like an individual to avoid in social situations, it’s important to realize they are essential in many circumstances and are just as important to balancing the flow of energies and keep the world in balance as any other sign. A Capricorn can make one of the strongest allies anyone could have.