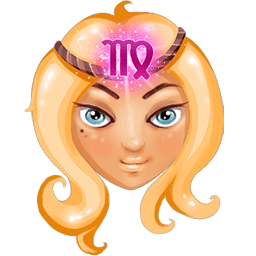 What is Virgo and what are things you need to know.

Born August 23rd through September 22nd, the Virgo, also known as The Virgin, is the only sign characterized as a female. All of the other signs are either animals or objects, while the virgin Virgo is represented as a human female. This is reinforced by characteristics exuded by the Virgo such as precision, hygiene, cleanliness, a reserved attitude, and a naturally good persona. However, as portrayed being the virgin role, they also carry an air of aristocratic prudishness and being critical of themselves as well as others. They’ve also been known to be emotionally distant and shut off from others, hence the nature of the virgin.

The emotional limitations set upon by themselves can interfere with friendships in many Virgo, causing them to surround themselves with meaningless, superficial friendships that are only meant to serve as a social status or shallow, self-fulfilling purposes like entertainment. They tend to show a lack of confidence in their own decisions and judgments, and, as such, fail to place any serious trust in those around them, furthering the emotional void they create for themselves and their relationships. While the Virgo may at this point seem like a poor choice for a mate, their outward shallow nature is only skin deep.

Both men and women born Virgo have also been known to be extroverted, well-spoken, kind, sympathetic, willing to help others, understanding, cheerful, and witty. Many Virgo will only shine when in a comfortable setting amongst those they can truly confide their full trust in.

Virgos can make excellent mates when matched with a compatible sign. They can be loyal, affectionate, understanding partners who make good spouses and parents. While they may seem to lack sexual passion, a Virgo needs the perfect sexual match to truly express themselves romantically. They rarely pursue sex based on passion and primal urges, rather, display their sexuality through expressions of love and deeper emotion. A Virgo is not the type of person you would see at a bar attempting to take someone home for the night; on the contrary, they’re more likely to avoid sexual relationships until they have formed an emotional bond with their mate.

Virgos are known to have health issues throughout their lives concerning the hands, spleen and intestines, causing them to be prone to colds, coughs, and pneumonia. Their primary positive traits include being modest, reliable, practical, intelligent, and analytical while their negative traits consist of over worrying, over criticizing, and displaying signs of perfectionism.