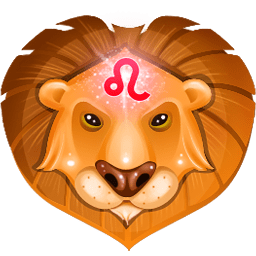 What is Leo and what are things you need to know.

As a Leo myself, born in the middle of August, the Leo zodiac sign is special to me. A few basic facts about the Leo: born July 23 through August 22, the Leo is known as the fire sign. It’s symbol being a lion, a Leo is known to be most compatible with another fire sign such as Aries and Sagittarius.

A Leo is typically known to be warm-hearted (hence the fire sign), creative, generous, enthusiastic, and faithful. Their main negatives include being known as bossy, controlling, and intolerant. Gain the trust of a Leo and you’ll have a loyal friend forever. Anger a Leo from the start and you may have a powerful enemy for life.

The Leo thrives on adversity, looking forward to a spontaneous challenge to tackle head-on so they may continue on with their routine. Most Leos will be open about exactly what they want and will take measures to ensure their needs are met in straight-forward ways. Having a thick skull is both an advantage and a setback faced by most born under the Leo sign. On one side, they’re extremely loyal and dedicated to finishing any task they set about with the utmost devotion and effort. On the other hand, some people may see this as obsessive and stubborn, unwilling to accept a different perspective on the way something should be handled as their way is typically regarded as the only real “right” way in their mind.

A Leo with a mellow temper is a Leo to hold on to and become friends with, but an excessively moody or negative attitude should typically be avoided. Most Leos seek power and control over most situations to be content in various environments. They will sometimes follow those who are unfit only to take an opportunity to lead when the chance arises. They make very powerful leaders when given the opportunity, but often opt for the front line of battle rather than commanding from afar as they would prefer to fight beside their friends and loved ones rather than trust their well-being to another.

Leo are extremely sincere, dedicated, open, genuine, and trusting lovers when presented the opportunity. Their warmhearted and kind nature make them go above and beyond the typical means to ensure the happiness of their friends, family, and mate. If deceived by a trusted lover, they can become extremely withdrawn and disappointed, sometimes shaking their faith in people in general. Their strong sex drive can often lead them to several different sexual partners, even though they are genuine and loving to the partner they are currently with until the relationship ends. They are often seen as demanding from their partner what they can not provide themselves.

The typical Leo is known to have health issues in areas such as the upper back, forearm, spine and heart. In ages of old, Leos were known as prone to plague, pestilence, and problems with their eyes.

As a Leo, the best advice I can give is to start off on the good side of a another Leo to ensure an unending, prosperous relationship.