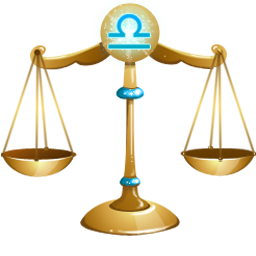 What is Libra and what are things you need to know.

The Libra sign is symbolized by a scale, making it unique in that it’s the only inanimate symbol. Just as the Libra is the only female sign, the Libra is the only object out of the 12 signs. Many people consider being born a Libra as the ideal sign as it falls in the peak of all seasons (also known as the zenith). Being brought into the world during the most plentiful part of the year is considered good luck and means you’ll have a prosperous life and never have to work too hard to be comfortable. This also attributes to the Libra’s mellow and easy-going nature.

An interesting observation about the Libra as a whole is that they are generally considered good looking, which is one of the few Zodiac signs that attributes physical traits or appearances to the sign they were born under. As such, they typically appreciate beauty in art and music as well as being known as gentle, loving people. While they prefer to socialize with people who are more likely to agree with their opinions, they are known as even tempered and socially agreeable people with most other signs.

Libra are known to be empathetic lovers, always trying to show understanding from their mate’s point of view, going out of their way to resolve any issues between the two, and even sometimes take the blame for things that weren’t necessarily their fault just to keep the peace. Rarely do the husbands or wives of a Libra find themselves complaining that they feel their partner “doesn’t understand” them, or feel as if they are being brushed off. Libra born men and women are known as the most tolerant to any shortcomings or faults in the person they’re emotionally involved in.

The Libra typically gets along well in romantic relationships with people of all other signs due to their empathetic, understanding, and calm nature.

The darker aspects of Libra

Libra are sometimes also known as extravagant people, displaying characteristics of frivolity, shallow interests, and inappropriate flirtatiousness. Their easy-going nature sometimes leads to almost apathetic interests which can annoy their partner. A rather unexpected characteristic is they can occasionally be calm when a situation arises that calls for a reaction, or unexpectedly angry during situations that don’t call for such a reaction.

As for health issues, Libra born men and women are known for having issues with their lower backs, kidneys and bladder. They should watch what they eat and drink, especially considering their notorious knack for developing painful kidney stones.