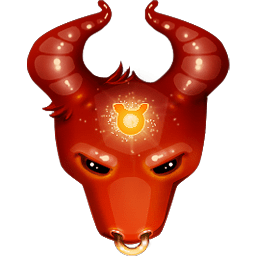 What is Taurus and what are things you need to know.

Men and women born between the days of April 20 and May 20 are bestowed with the Zodiac sign of the Taurus, represented by a large bull. This unique sign resonates strong traits of solid, practical individuals displaying the utmost determination and willpower over their immediate futures in any given situation. With an iron willpower they are virtually unable to be steered off of a path they have decided to set upon, however this does not mean they refuse to follow a leader. If the Taurus willingly aligns to his leader, he or she will follow them to the ends of time should they deserve it. Like the bull, Taurus born people are known to be stable, good people who love peace and tranquility but will happily defend their territory if threatened by outsiders. This is shown in their outward display of respect for property and territory, especially that of their own. Most Taurus will not engage someone happening by their territory as long as they keep their distance and don’t threaten those around the Taurus.

Most Taurus are happy fitting in with those they grew up and became comfortable being themselves around. It’s not entirely uncommon to see a Taurus live their entire life within the same city, rarely venturing further than necessary for luxurious survival. A typical Taurus isn’t the biggest advocate of drastic change in their daily life unless survival demands it; some Taurus are completely content to marry young and live out the rest of their days in the same household, perhaps even the house their parents lived in. These qualities stem from the inherent stability and patience their governing Zodiac sign is known for. Among friends, they are generous, welcoming people with big hearts and an affectionate nature to those within their circle of friends.

While on a day to day basis the Taurus is known for being gentle, kind-hearted, stable, and good natured, when provoked (much like an angry bull on a farm), will explode with incredible ferocity and violent temper which may only be calmed by leaving them alone entirely for some time. A true Taurus rarely loses a physical altercation after they have reached their tipping point with their anger as most will become unreasonable and consumed with anger once they’ve been set off; however, this temper is never undeserved. A Taurus will rarely, if ever, lose their temper over frivolous things; instead, it’s usually over the protection of their territory, family, and honor. On the other side of the coin, a Taurus might display seemingly random bouts of humor and playfulness at times that others may even find inappropriate for their current setting.

The Taurus make for very loyal, dependable, stable husbands or wives and have the capacity to be great parents as they rarely demand much, if anything, out of their kids or mate. They display sought after kindness and thoughtfulness from both their children and lover’s perspective. They aren’t the type of people to lie to, steal from, or cheat on their partner. The will defend the honor of their family tooth and nail and will ensure no one they love can ever come into any danger from outside forces. As for the sexuality of a Taurus, they tend to be average lovers who avoid sexual experimentation and prefer to keep things physically straightforward.

As the Zodiac sign Taurus is responsible for the neck region of the human body, they are susceptible to illnesses of the throat (infections, diseases) as well as illnesses such as asthma, allergies and, bronchitis.