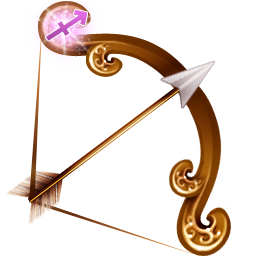 What is Sagittarius and what are things you need to know.

The Sagittarius, someone born between November 22nd and December 21st, are some of the most optimistic, free-spirited people throughout the twelve Zodiac signs. Their eager, adventurous nature coupled with positive energy and curiosity lead them to be natural explorers and are typically well received among any gathering. They tend to be extremely resilient in a variety of situations, letting their optimism shine through any failures that may occur in their life, knowing that with a failure comes opportunity to succeed in their next endeavor.

A Sagittarius born individual is typically well trusted and regarded by their friends and family as trustworthy, honest, truthful, and loyal. They’re considered a good ally to have in a time of need as a keeper of secrets, and a good person to have watching your back in a dangerous situation. They’ll also take whatever side in an argument that seems more fair and just, regardless of the popularity of that side. Many Sagittarius lean towards religious beliefs in the sense of morality and ethical living rather than the direct belief of a divine entity governing our world.

Due to their restless nature they are sometimes known to indulge in irresponsible gambling or betting, especially on sports, which can develop into a problem when coupled with their free-spirited, careless nature. When they apply themselves to a field like music, they tend to be quite successful as the nature of the Sagittarius compliments musical arts very well.

In love and relationships, Sagittarius are considered straightforward, conventional, and in control. They are generally known to be on the ‘average’ side of sexual promiscuity and prowess, seeking sex when they see fit but not letting it dominate their lives like the Scorpio tends to. They make great, loyal, trusting spouses and responsible parents, however, due to their free spirited nature, they may need to spend time away from their family to expend some of their restless and free-loving energies. If a Sagittarius is scorned in love, they may become frigid and isolated from their emotional side, often being regarded as cold and narrow-minded in future relationships.

If the Sagittarius has a successful relationship from the start, however, they’re reliable, fun, loving, and typically have very successful, long-term, committed relationships with both husband and wife prospering. One thing to watch out for is their impatience and attention to justice within the family, often becoming angry if the family unit is not keeping up with the pace that the Sagittarius prefers.

The Zodiac sign Sagittarius controls the thighs and hips. As such, they can develop rheumatism and arthritis in the hips and thighs. They also tend to be more accident prone than those born other signs due to their adventurous, care-free natures.